The media, in general, greatly impacts a consumer’s decision to purchase products and services. These days, however, the social media plays a vital role. But if you think that the popular social media sites such as Facebook is a major influence, you’re not quite right. 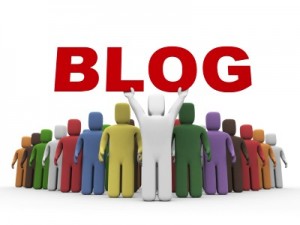 Blogs are currently the winner when it comes to influencing consumers. A new report by Technorati entitled 2013 Digital Influence confirmed that consumers now rely on blogs when deciding on their purchases. Specifically, blogs ranked third as the most influential digital resource when making purchases after retail sites and brand sites. Compared with social media, blogs occupied a higher spot than Facebook, YouTube and even Twitter. Those that provide valuable and compelling content were found to be the most trusted source of people when they decide on what to buy and where to buy them. For this reason, the experts suggest that companies start a blog if they want to be a major influencer to their regular and prospective customers. The key, they stressed, is to gain the trust of people by providing useful and compelling content on a regular basis. The report also found that the size of an online community matters. More than half of the people surveyed said a smaller community have a major influence on a particular topic. This means that popularity does not always translate to positive results. When it comes to promoting an important topic, trust and influence counts. As for social media, there’s no doubt that Facebook is the top choice of brands in their marketing campaigns. Research has shown that most people hang out on Facebook and companies have recognized its significance in their promotional efforts. Photo via zachbussey